If you’ve ever been in rock climbing company or recently started the sport yourself, you must have noticed climbers using chalk while climbing. Whether it’s at a gym or a crag (natural climbing cliffs), climbers usually have a sling or pouch hanging off their waist. These pouches are chalk bags. You’ll often notice that they dip their hands or grab a pinch and rub their hands together.

So why do climbers use chalk? It’s not for aesthetics and style if that’s what you’re wondering. There’s a very practical reason why it’s used. The human body creates and produces moisture that appears on the skin, especially the palms. Sweat, oil, and other types of fluids can naturally form and remain on the skin. For any kind of work, having sweat on your hands is usually a hindrance. While climbing, having moisture on your palms and hands can be especially dangerous and risky. Sweat and moisture can leave your hands slippery. When climbing, this means you run the risk of losing your grip and even injuring yourself if you’re in an elevated position.

The chalk is used to absorb the droplets and moisture that appear on your hands. This keeps it dry. The chalk also gives you the traction and grip you need to hang by your hands if necessary.

What is climbing chalk made of?

Climbing chalk is an inorganic compound salt that exists as a white solid substance. The scientific name for this substance is Magnesium Carbonate (Or MgCO3). The symbol implies that there is a single magnesium atom, a single carbon atom, and three oxygen atoms in every molecule of MgCO3. As a chemical, it is pretty safe because it does not contain any toxic elements.

Magnesium Carbonate is not used only in climbing. It is used as an ingredient in a variety of products such as fireproofing material, flooring, cosmetics, toothpaste, dusting powder, etc. When used for grip and traction in sports, it’s called climbing chalk or gym chalk.

Climbing chalk can come in a few varieties depending on its intended use. In most forms, it remains solid and hence easy to administer on your hands and palms. Magnesium carbonate is usually available in four common types.

Magnesium Carbonate in free form or as powdered chalk is one of the most common sights in athletics. If you’ve ever watched the Olympic Games, you’ve already seen it even though you didn’t know what it was back then. You must have seen a gymnast step up to a basin and apply a white powder generously on his hands before performing. This is powdered chalk.

One of the problems with powdered chalk is that it can get quite messy. Every time a climber or athlete dusts off excess powder from his hands, it adds to the existing cloud of dust in the vicinity. It is even more aggravating when people nearby or athletes themselves breathe in this powder. Also, powdered chalk is very fine. This means it can easily make its way out of bags and spill over your clothes or other gear.

Chalk balls are essentially loose powder wrapped in a handy cloth ball. The cloth bag is made of fabric that allows the powder to seep through in small portions. To use it, you simply have to reach for the ball and grab it. The porous nature of the fabric deposits the powder into your hands. The cloth ball is a popular choice for climbers because it’s a convenient option while climbing. You can easily carry it in a chalk bag or pouch and have it on you even on the steepest cliffs. Chalk balls are easily the ideal choice for indoor climbing and gyms.

One drawback of chalk balls is that you cannot entirely dip your hands into the chalk. Covering your hands with chalk is sometimes required in outdoor climbing scenarios. In these situations, chalk balls aren’t as effective as loose chalk. Some climbers are known to carry both chalk balls as well as loose chalk in a pouch. This allows them to have the best of both options.

Climbing chalk also comes in the form of rectangular or squarish blocks. These products are normally magnesium carbonate in an almost pure form. This means they do not contain any additional ingredients to alter their shape or form. These blocks can be bought from stores that sell it in packs of six or eight. However, you’ll find that most stores are willing to sell them in individual pieces too, for personal use.

The main advantage of this type of climbing chalk is that it gives you more accessible storage and possibly longer shelf life. You can break a portion of the block and use it as loose powder while keeping the rest of the block for later use. This way, you don’t disintegrate the whole block into messy powder, and you have portions left for later use.

Liquid chalk is perhaps the most convenient option among all the other types of chalk. As the name suggests, this chalk comes in liquid form and is dispensed through tubes or small bottles. As you administer it on your hands, the alcohol base in the chalk allows it to dry up and retains the chalk in your hands. Once the solution dries, the chalk lasts much longer than powdered or other types of chalk. Experts recommend using liquid chalk right before starting a climb so that it dries up as you begin your climbing session.

Liquid chalk is not as messy as loose chalk, and this is why it’s the preferred mode for most indoor gyms and climbing gyms. Liquid chalk also leaves less residue on climbing structures and rocks, hence they are easier to maintain. On the flipside, liquid chalk may be relatively more expensive compared to other more conventional forms.

These different varieties of climbing chalk each have their own pros and cons. The critical thing to know and remember is that you should use them depending on your situation and familiarity. Once you get a hold of how each variety works, you’ll be able to choose the best climbing chalk for your circumstance.

Climbers use chalk because simply put, it helps them stick to the wall. There are tons of different varieties of chalk, and picking the best one requires thinking about your own personal situation. What do you want to carry, what sort of environment are you climbing in, and what are the rules of the area are all questions you must ask yourself. 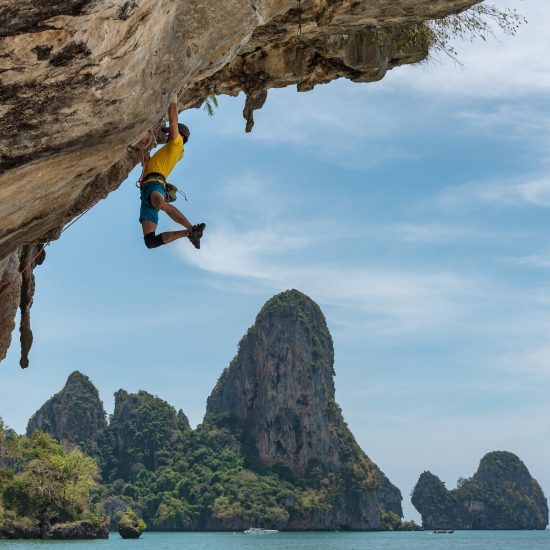 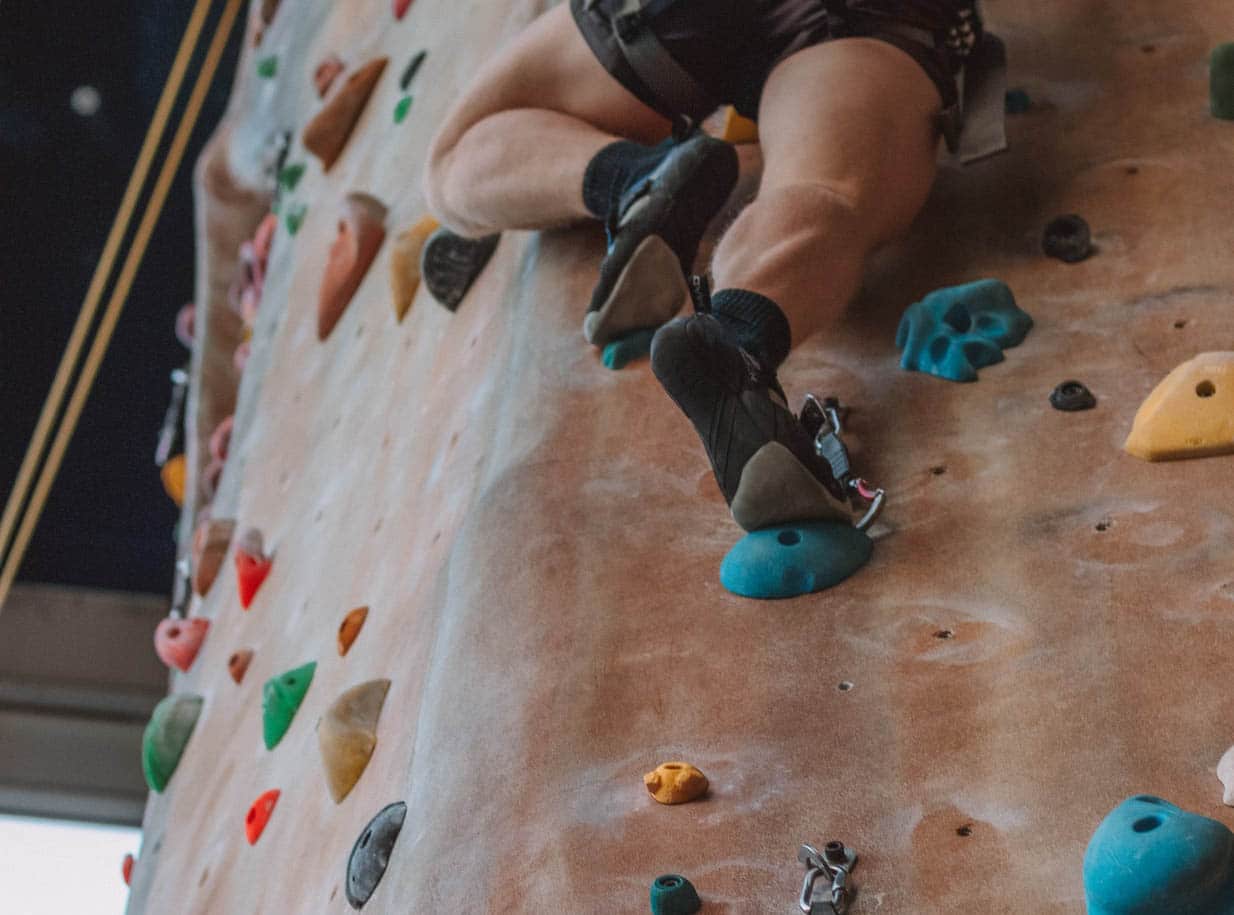 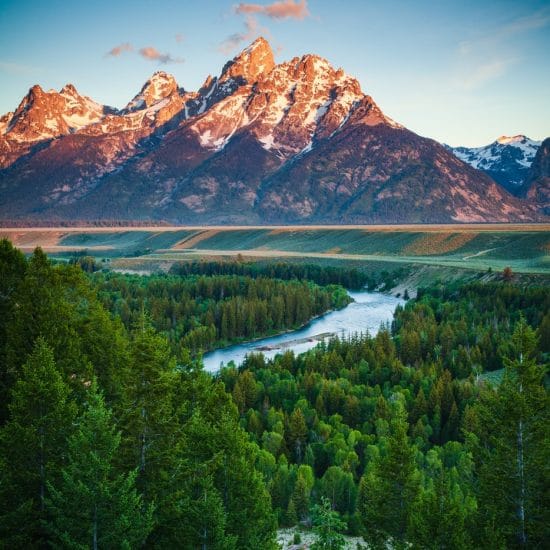 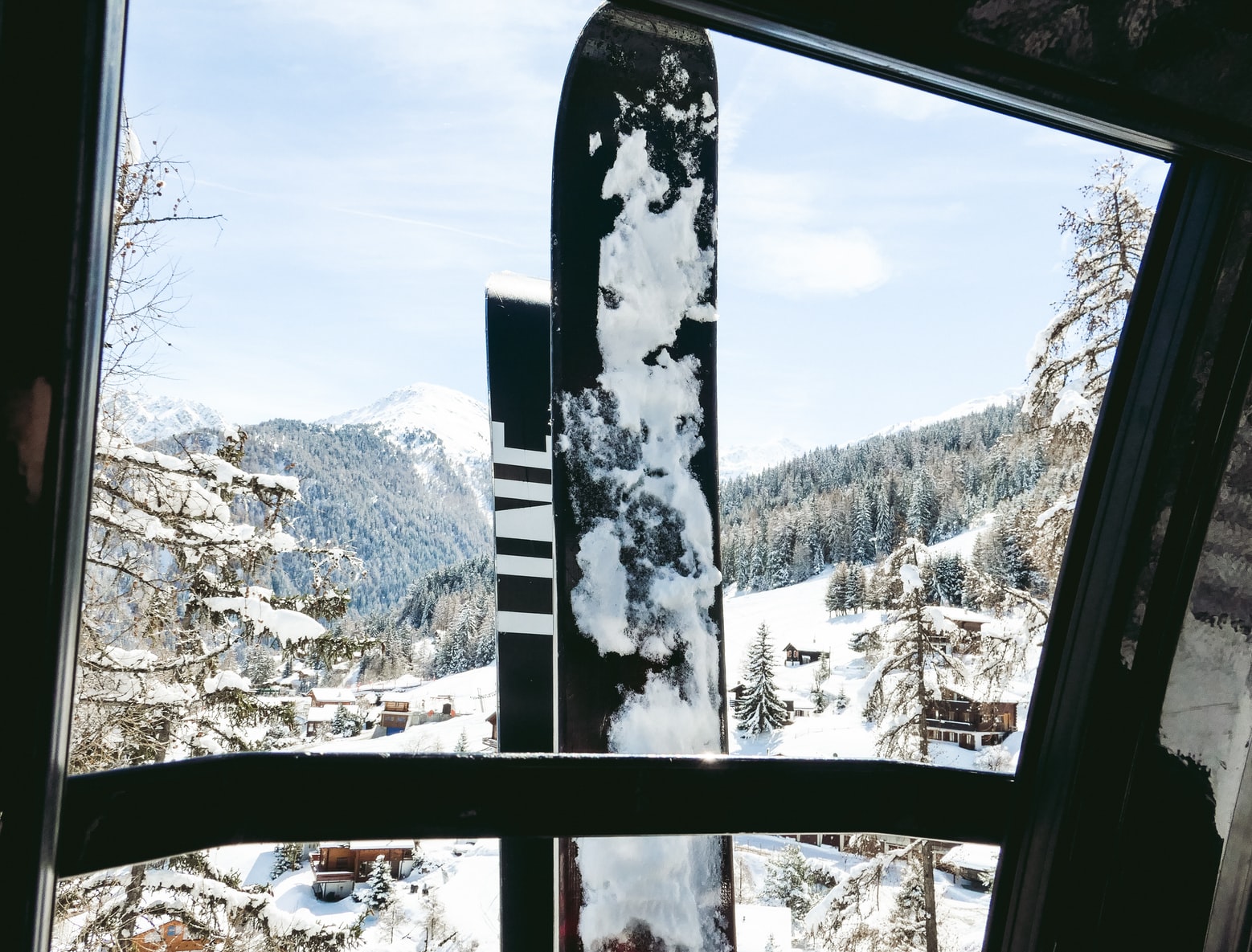