This past winter, I took a trip to Maine’s Acadia National Park. At the top of Cadillac Mountain is the very first place in the country to see the sunrise during the winter. So, at 3:30 am, I took my bag and groggily headed up the mountain. This will be a recounting of my trip to Acadia national park, as well as a guide for you if you’d like to try it yourself. Disclaimer: I am not a hiking expert, so please take any tips that I may give as advice from a novice. With that said, overall, this hike was not that difficult, so I don’t believe you should have any problems with it.

By far the hardest part of planning the trip was planning the logistics. What I didn’t know about Acadia national park, and by extension Bar Harbor, is that it basically closes during the winter. There was only one open hotel and, even worse, there was not a single open restaurant. I survived on cold cuts and granola bars for the duration of my stay.

From what I was able to see during my trip, I imagine that Bar Harbor during the summer is beautiful. There were so many quaint shops and cafes that I’m sure you could spend a few days there just relaxing before you even went into the park. Unfortunately for me, it was all closed.

*Side note: the driving in Bar Harbor and Maine, in general, is horrible. I was driving a truck due to the snow, and I would absolutely not recommend anyone to do it. I drive vans in NYC for my job, and Maine was unbelievably worse to drive in. Avoid at tall costs.

Due to the fact that I was planning to hike alone, in the winter, at night, there was some gear that was required beyond the normal hiking gear list. Here is an article if you are interested in an overall hiking gear guide.

The first thing to be tackled was footwear. I had some good waterproof boots that I used. You need to make sure that they are waterproof and also very insulating because you will be walking through snow at least during parts of the trip. On the boots, I put crampons. Crampons are a godsend. They have the double benefit of making you feel really cool with literal metal spikes attached to your feet, as well as allowing you to quickly traverse ice without even thinking of slipping.

Additionally, I brought a hiking stick. This probably wasn’t really necessary, and actually might have been more of an encumbrance than anything else. It was nice to have something to push off of when going on steep ascents, though.

Due to hiking in winter, there was some gear that I brought that you wouldn’t need to otherwise. Since it was very cold and windy, I brought a bunch of hand warmers and a few different types of gloves. I also brought a thermal blanket and matches in case I got stuck there overnight.

I also had to bring some night-specific gear. Chief among this was a flashlight. I can say with total confidence that I would not have made it a quarter-mile without a flashlight because, well, I wouldn’t be able to see. Also, I brought a notebook with me that I left in my truck so that in case I didn’t come back down, people could see when I left and when I was supposed to be back.

Picking a route up Cadillac Mountain is much more important in winter than during any other time. There are two main routes, the North and South Ridge. I chose the South Ridge because it was much easier to get to with all of the road closures during the winter. The South ridge had the added benefit of being much better in the winter. About 50% of the trail is in the open, so I didn’t have to hike among the trees for very long. Also, it is a longer, but more gradual hike than the North ridge, making it much easier with the snow and ice.

It was also important to choose a proper route on the descent. Although it may seem tempting at the top, it is not recommended to do the South Ridge loop on your descent. This goes down a much steeper section of trail that requires climbing over slippery, sharp rocks. Most of the danger is covered with snow, so it is even harder in the winter.

Additionally, conditions during the winter are much worse for hiking in general. Paths are covered in snow and ice, normally well-marked trails can become confusing due to ice covering trail markers, and in general, it is cold and wet. You need to make sure that you are properly dressed and prepared to hike in the snow. Additionally, if you are not prepared, there are no rangers patrolling who will find you. Also, there are far fewer hikers in the winter, meaning you are less likely to have others come across your path if you need help.

If like me, you want to get to the top of Cadillac Mountain to be the first person in the US to see the sunrise, you have a few night-specific issues you must consider. First, and most obviously, is visibility. Since the night is dark, you won’t be able to see. You need to make sure that you bring a strong flashlight and extra batteries. The absolute last thing you want is to be stuck, in the dark, in the forest, with no way of seeing what’s around you. Also, in the dark, even with a light, it is much harder to see ice. You need to take extra care with your footing to make sure that you don’t slip.

Also, if you’re hiking at night, you’re going to make sure that you’re properly prepared to deal with fatigue. In my case, I started the hike at 3:30 am, so I was very tired. If you’re not accustomed to early mornings or late nights, you might want to ease yourself into getting up at this time over the preceding week or so. The last thing you want is to be super tired and trip over a rock and hurt yourself.

Slightly less crucial, but personally I can’t function very well without breakfast. It was vitally important that I packed a bunch of snacks so that I could continue without having to deal with both fatigue and hunger.

Finally, if you’re going to watch the sunrise, you need to make sure to bring something to sit on. More than likely, you will reach the top before sunrise. Sunrise can last almost an hour, and if you have to sit on a hard, freezing cold rock for an hour, you’ll want to die. I bought a hunting pad that I fit in my backpack, and it is very likely the best thing that I brought with me.

If like me, you were hiking alone, you need to make sure that you’re prepared for an emergency. You won’t have anyone to help you if you get hurt or stuck, so make sure that you both let people know where you’re going and bring enough supplies to survive in a sticky situation.

To start, I called the ranger’s office the day before and just gave them a loose itinerary for my day. This way, if something happened to me, they would know where to look. Additionally, I brought a notebook with me, and put a piece of paper on the dash of my truck with my route, when I started, and by when I should be back.

Also, I picked a more open trail (South Ridge Trail), so that if something happened to me, I had more potential for being in the line of sight of other hikers.

So, how did the trip go? It was phenomenal. The night before, I went to bed at 7 PM by using copious amounts of melatonin. I set between 20 and 40 alarms for 3 AM, and shockingly I was actually able to wake up. I have to admit, I very nearly skipped seeing the sunrise in favor of seeing a few more hours of shut-eye. I did, however, get up, make myself some oatmeal and a banana, and set out. Thankfully, there weren’t any other cars on the road. If there were, I might not be here writing this right now.

I parked on the side of the road by the trailhead and started on my way. I had my flashlight in my left hand and my walking stick in the other. Also, I had a really awesome hat that I had found at the store when I was preparing.

The hike itself wasn’t that horrible. The woods at night were horrifying. Picture included for reference.

Eventually, the trail opened up a bit and I had a really surreal experience of sitting down and listening to the snow blow around me. It was really sort of beautiful.

By 6 AM, I had reached the top. I was the first person there, and I claimed my prime viewing spot in order to get the best view of the sunrise. Overall, the sunrise was underwhelming due to the overcast weather. Still, beautiful nonetheless.

I spent another hour or so walking around the summit and taking pictures before I began my descent.

*Pro Tip: Overestimate how many snacks you will need

On my way down, I decided to try and take a couple-hour detour to try and see Bubble Pond. Overall, this was a bad idea. I was clearly the first person to have tried it in at very least a week. There was about a foot of fresh snow, covering unseen rocks and ice. Also, this trail was super steep. This was really nice on the way down because I was basically going downhill at about a 45-degree tilt. Eventually, I found a really nice alcove with a nice place to sit.

At this point, though, I realized that there was no way I’d be able to make it back up if I went all the way down. As it is, I tried to go back up and it took me about an hour to go a quarter-mile. Eventually, I reached the top again and then started the descent that I should have done earlier. Then, I drove back to the hotel and passed out for a while. Then, I tried to find a steakhouse to celebrate. The nearest one was over an hour away. Meaning I had to drive for 2 total hours. In Maine. Did I mention how horrible driving in Maine is? It’s horrible.

The next day, wanting to make the most of my Acadia trip, I visited a bunch of other spots. I drove down the small portion of the park loop road that was still open. I saw Otter Cove, Seal Harbor, Jordan Pond, and more.

Then, I drove 7 hours home. The drive back was shockingly easy, but thankfully it was only 7 hours or so. Also, the drive was super pretty.

Overall, I highly recommend Acadia, especially in the winter. Something about hiking totally alone in the snow was really incredible, and something I completely intend to do again. 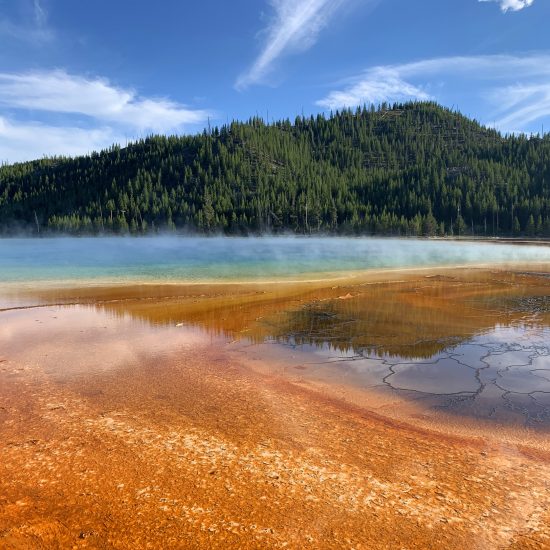 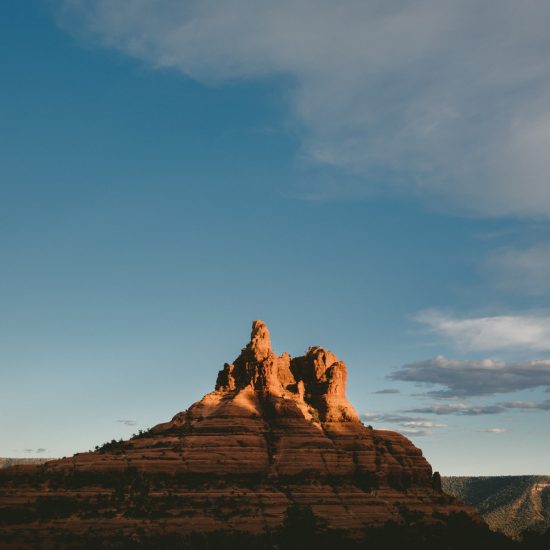