Alpine is a downhill skiing technique. The unique factor about this technique is that fixed heel bindings are used instead of free-heel coupling. One of the main reasons for the popularity of this technique is the ability to use dual-function heels. The fixed heel provides a lot more control over the speed and the direction of the skier. The method is also quite popular among backcountry skiers. It is because of this immense popularity that alpine skiing became one of the events in the Winter Olympic Games.

Among the different types of Alpine ski turn, Stemming is one of the oldest and most common. With this technique, the skier points the front of the ski towards the side, thus forming an angle. This angle is opposite to where he is heading. The snow is pushed on the sides, as well as the front, by the ski. Along with this, the skier is pushed back by the snow. The backward thrust has an opposing effect which causes the skier to slow down. If the force on the sides is not balanced, then the skier will turn.

Snowplow turning is the easiest and simplest technique and is perfect for beginners. Here the skier, while on his way down the slope, puts their skis into a snowplow posture. The skier then applies pressure to the foot. When the skier takes a turn in this way, they can keep the speed under their control.

The other technique to control speed by the skier is carving, which depends on the ski’s shape. The shape of the ski bends to form an arc. When the ski spins on the border and comes in contact with the snow, it helps the skier to change the direction.

The name Telemark originated from the Telemark region of Norway. Telemark skiing, also known as Tele skiing, is another very old skiing technique. It is a combination of Nordic and Alpine skiing. The specialty of telemark skiing is that the skier has the option to attach skins just below their skis that helps them in backcountry skiing, especially when they are going up the sloppy hills. Alpine touring skis are lighter in weight in comparison to telemark skis. This is one of the reasons why telemark skis are not as popular among backcountry skiers. If you would like to learn more about telemark skiing, you can check out our blog post: What is Telemark Skiing?

One of the major differences between the Alpine and Telemark techniques is the type of braces that are used. In the alpine technique, the skiers use boot braces that fix their heels to the ski. On the other hand, in the telemark technique, the skiers use boot braces that are flexible; allowing the heels to move freely from the ski. The usefulness of the flexible base is that it helps quite a lot during uphill hikes and turns. In backcountry skiing, this usefulness turns into an undeniable advantage.

The second major difference is that in telemark skiing, using a skin on the ski is predominant, while in alpine skiing, it is a choice. The use of skin helps in two ways; first of all, it makes the downhill descent faster and smoother, and second of all, it makes the uphill hike a bit easier.

For backcountry skiing, the proper technique comes down to your preferences and skills. If you prefer using your skis to climb the mountain and having a graceful descent, telemark skiing might be preferable for you. If you prefer a lighter ski and a more traditional hiking experience, alpine skiing might be right for you. We recommend anyone planning to go out in the backcountry to try both alpine and telemark skiing in a controlled environment to see which they prefer. 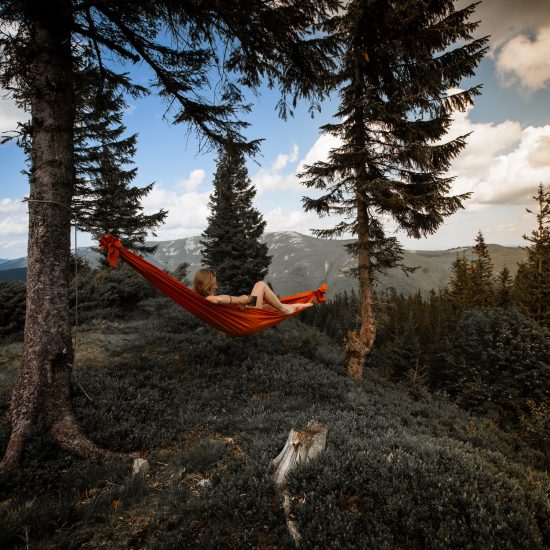